Presented under the outdoor marquee of the Hudson Valley Shakespeare Festival Garrison location, “Mr. Burns, a Post-Electric Play” is about a not-so-distant future where the grid has failed, society has collapsed, and memories can no longer be stored on hard drives, a group of survivors come together to recreate their vanished world through the vital act of storytelling under the stars. August 22).

“Grounded” at the Denizen Theater

New Paltz’s black box theater at Water Street Market has a new creative team at the helm. International theater veterans Andy and Kirsty Gaukel kick off the 2022 season with George Brandt’s “Grounded,” a tale based on how the U.S. military works today. An unexpected pregnancy ends the career of an ace fighter pilot in the sky. Reassigned to operate military drones from a windowless trailer outside Las Vegas, she hunts terrorists by day and returns home each night. As the pressure to track a high-level target increases, the lines begin to blur between the desert she lives in and the one she patrols on the other side of the world. Inhabitants the staging of the one-man show features Emmy-winning poet, writer, actress and activist Suzen Baraka. As a Black and Korean actress, Baraka says she took on the role in part because “ideas around surveillance and surveillance are huge in my community, so I thought it would be interesting to explore it”.

Stage and Film Workshops in New York at Marist College 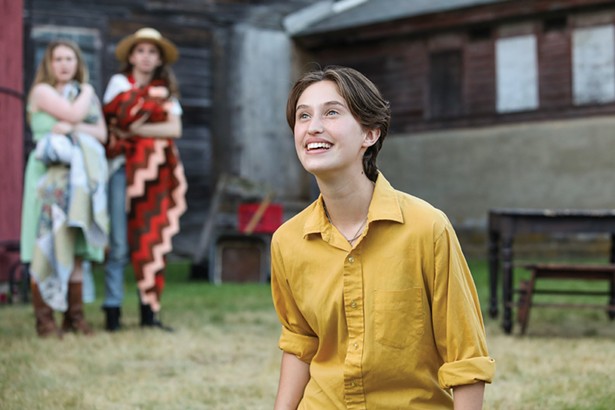 Vital theatrical development company New York Stage and Film has expanded its program this year to Marist College in Poughkeepsie, where it is set to host a trio of musical workshops as well as two weekends of open readings. Workshops include “A Young Boy Returns” (July 23-24), “The Potluck” (July 29-30) and “Sun Songs” (August 5-7). The number one reading weekend has “My Brother Is Better At Love Than Me” (July 9), “Nuestro Planeta: Colombia Project” (July 9) and an untitled work by Josh Radnor (July 9). The second reading weekend includes “Modern Gentleman” (August 6), “Demons” (August 6) and “Love All” (August 7). newyorkstageandfilm.org

Presentation of more than 25 public performances in Poughkeepsie

New York Stage and Film announces its summer season featuring emerging and established playwrights at Marist and Vassar Colleges between July 9 and August 7.

“Dom Juan” by Molière at the Bard SummerScape 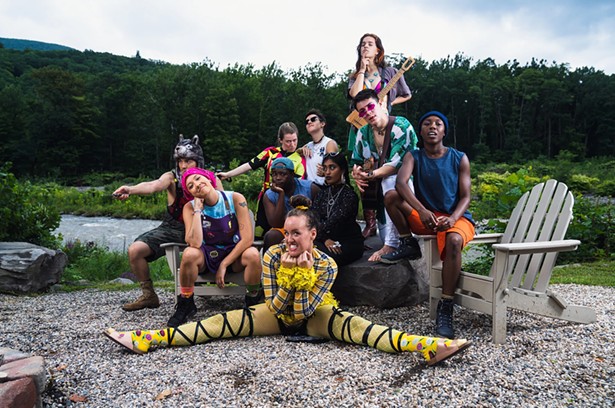 One of the Bard’s best-loved comedies gets an outdoor staging worthy of its woodland setting with this tent production from the Catskill Mountain Shakespeare troupe at the Emerson Resort and Spa in Phoenicia. Directed by Peter Andersen, the show’s tumultuous run will premiere with a special pay-per-view performance on July 15 and includes matinee and evening performances; for new parents, the schedule even includes several “casual” mornings with childcare provided.

Built in 1927 as the Barn Room for the farming town of Ancram in Columbia County, the Ancram Opera House provides a beautiful setting for a performance hall. Among its proposals this summer is the satirical comedy by Swedish novelist and playwright Jonas Hassen Khemiri “Invasion!”, whose main character, Abulkasem, is either “an uncle visiting from Lebanon, a renowned theater director, a picker of asylum seeker apples, [or] the most dangerous terrorist in the world. Grab your tickets to this tumultuous history and find out.

Brad Fraser’s “Shelley Shadow” is the very first new game order for Catskill’s Bridge Street Theater. “Without a job, no money and out of ideas, David, a writer in his 60s, abandons his condo and moves into a run-down building in downtown Toronto,” reads the synopsis. “There, her life becomes inexorably entangled with that of her upstairs neighbor Shelley – a gregarious octogenarian lesbian with dementia related to Alzheimer’s disease – and her longtime canine companion, Shadow.” This month is the East Coast premiere of Eric Pfeffinger’s “Fourteen Funerals” (June 2-12).

Presentation of more than 25 public performances in Poughkeepsie

New York Stage and Film announces its summer season featuring emerging and established playwrights at Marist and Vassar Colleges between July 9 and August 7.